Born Francesco Stephano in 1887 in the Cow Hollow section of San Francisco, Ping Bodie took his surname from the old California mining town he once called home. “Ping” came from the sound the ball made when it came off his 52-ounce bat. Bodie used to brag that he could “hemstitch the spheroid.”

Bodie began his career in the Pacific Coast League playing for the San Francisco Seals. He was drafted by the Chicago White Sox in 1911 and remained an offensive force throughout the “dead-ball era,” playing for such clubs as the Philadelphia A’s, the Boston Red Sox, and the New York Yankees, where he served time as Babe Ruth’s roommate.

Bodie also deemed to leave his mark on the world of competitive eating. At a tour stop in Jacksonville, Florida, in 1919, he entered into a spaghetti-eating contest against an ostrich named Percy. Ping claimed victory when Percy passed out after his 11th bowl.

In the 1920s Bodie returned to the minors, putting in time with the Vernon Tigers, the Des Moines Demons, the Wichita Falls Spudders and the San Antonio Tejanos, before returning to the San Francisco Missions in 1928 for his final season.

After retiring from baseball, Bodie moved to Los Angeles and spent the rest of his years working as a bit-actor and electrician in Hollywood, mostly on the Universal lot. He made friends with many movie personalities, including Charles Boyer and Carole Lombard. “You should of heard me crash the old apple,” Bodie would say. “I whaled the onion.”

“But Ping,” they would ask the old man. “Could you still hit ‘em today?”

Shot back Bodie: “Give me the mace and I’ll drive the pumpkin down Whitey Ford’s throat!” 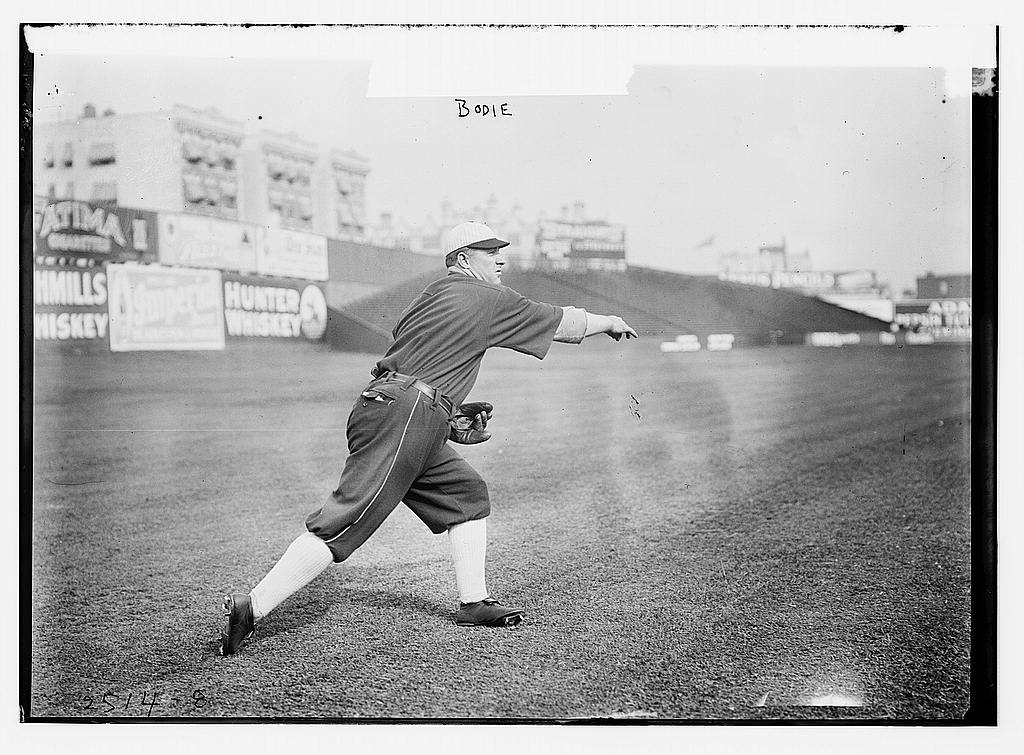