At 20,820, the audience for Margarito-Mosley was the largest for any event in the ten-year history of the Staples Center. My longtime pal and aspiring pugilist Peter Ellew and I were among the approximately 820 non-Mexican fans in attendance.

I’ve never been part of a crowd with more volume or more energy. The Himnal Nacional Mexicano ended with a cry of “¡Viva la Mexico!” that shook the walls. Then George Lopez waved at us from his ringside seat and people completely lost their minds. (It was almost as gratifying to see Schwarzenegger take his seat to thunderous boos.) These people badly wanted the man from Tijuana to show Mosley what Mexicanos are made of.

But it wasn’t to be. Mosley came focused and fed on the crowd’s hatred. He locked Margarito up and battered him with overhand rights. His energy never faltered and occasional chants of “Marga-Ree-To!” only seemed to invigorate him. Still, Margarito’s endurance was easily as impressive as Mosley’s offensive assault. TV affords a detachment from the brutality of boxing but to watch Margarito absorb 178 blows and not crumble was to observe a repudiation of nature’s law.

Although Mosley dominated the entire fight, it took him eight rounds to bring Margarito to his knees. Margo revived himself but the fight was essentially over. He entered the ring for the ninth round with a wino’s poise, and just as Mosley toppled him with final series of head shots, Margarito’s corner threw a towel to center ring and 20,000 people let out a collective gasp. 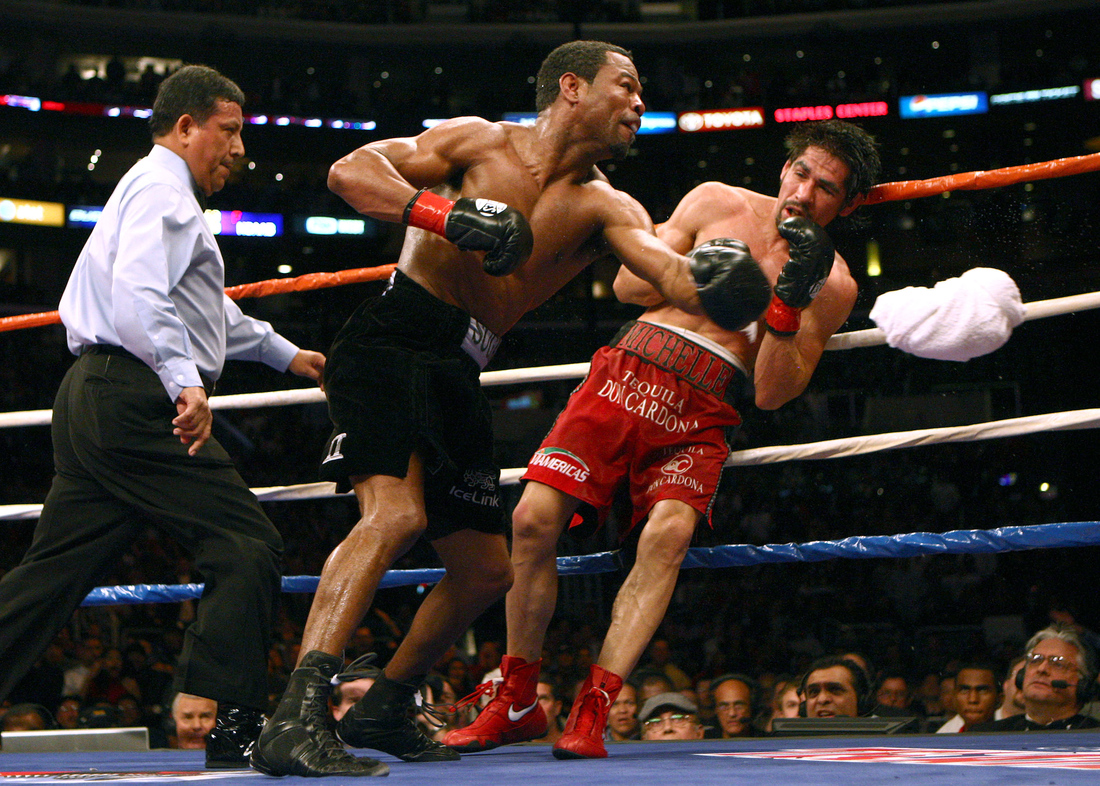